Before we begin let me preemptively respond to your complaint: I talk about neurological divergence because, guess what? Some cripples are mentally ill, Becky.

FX aired a new show called Legion this year based off of the character Legion from X-Men. The show exists in the XMCU which means he lives on Earth-10005 or Earth-TRN414 (it involves time travel and everyone has their own opinion) so it’s the “real world” except mutants exist and therefore so do the X-Men. The MCU with the Avengers and such have absolutely no relation outside Easter egg jokes.

I’m going to give you a summary of Legion’s canonical history that the show Legion was based off of. Legion from FX diverts from the source canon but constantly makes callbacks to it which takes it from and incomprehensible show to just pretty confusing.

I don’t feel like I’m selling this as I intended… The show is the most amazing thing ever made and despite my affinity for comic David I actually like it more than the comics. That’s a big deal. If I had said that in certain circles I would be killed on sight.

Legion is a Jewish kid named David Haller and the the son of the most iconic disabled superhero, Charles Xavier. David Haller was never more than part of a secondary cast until a few years ago when Simon Spurrier took over X-Men Legacy and made David the star.

Legion’s real name is David Charles Haller, a Jewish man from Haifa Israel who canonically can’t grow his hair into anything but a gigantic mohawk, and he is an omega level mutant which means he has practically God–like powers.

His father is Charles Xavier, Proffessor X himself, but his mother, Gabrielle Haller, kept that a secret for a very long time. Gabrielle met Charles at a hospital where he was using his psychic abilities to alleviate trauma of the Holocaust survivors. They had a short fling in which David was conceived but Gabrielle, suspicious of his psychic abilities, kept David a secret and David’s godfather, Daniel Shomron, stepped in to help raise him.

When Gabrielle entered the Israeli Diplomatic Service she and her family were attacked by a Palestinian terrorist cell. Gabrielle and David survived, but Daniel used his body to shield David from the bullets and was killed. The trauma activated David’s mutant genes early (he was 10 years old and they don’t usually manifest until puberty) and as his psychic abilities turned on he killed all of the terrorists. David went comatose and absorbed the psyche of one of the terrorists who took control of his body, still comatose, and fought the growing alter egos forming in David’s Mindscape due to his DID

Gabrielle turned to the renowned geneticist Moira MacTaggert, coincidentally another one of Charles Xavier’s ex girlfriends, who insisted Charles come to treat him personally. Charles found that David had very similar mutant abilities to his own, only much stronger, then found out he was his father.

By joining the war in David’s Mindscape Charles was able to wake David back up and most of the alter egos were destroyed but they continued to develop unchecked.

Legion/David gained and lost control of himself many times, hurting many people even murdering Destiny, Mystique’s wife, when she tried to intervene with him and he saw through her precognitive abilities how devastating his future would become.

David decided he would realize his father’s dream of mutants and humans coexisting and to do that he traveled back in time to his own conception to kill Magneto who Charles was also with at the time.

Time travel shenanigans ensue and Bishop ends it by showing David what future he is actually creating. David was ashamed and in the reconstructed timeline he was thought to be dead, his mother even questioned his conception.

Years later David was discovered trapped in a concrete box and once he escaped he was transported forward in time where Bishop resided. It was a dystopian future and David was immediately captured and put into slavery. He got out of it somehow, these sort of things happen quite a bit to him. The X-Men finally took him in and Karma and Magik began working with him to get better but he still had major reality twisting hiccups while he was trying to be good but his ever increasing alter egos keep taking over. Meanwhile his relationship with his father continued to be estranged; Charles seemed to think he was too dangerous unless he wanted to utilize his powers or alternate personalities. Magick  is the only one that seems to consistently try to help him but sometimes with ulterior motives

Up until this point Legion was very inconsistently written because he had been a very minor character but in Spurrier’s Legion series the loose ends of the story are tightened and we actually see David as David. Before he only momentarily surfaced to find that he had caused a disaster and everyone was debating on whether or not he should be put down.

Charles had sent David to a secluded place for rehabilitation and never came back, as is his pattern with David. After the event of Avengers vs X-Men where Charles dies David finally had to face the fact that his father was never going to come for him, he was never going to publicly acknowledge him, and he never planned to let David return to the real world.

When he felt his father pass away David’s power surged and he wiped out the community he was living in, before his Guru died he told David to wait for the X-Men to come to relocate him again but David left, deciding he finally needed to change the pattern of his life, get a grip on himself, and find a way to see his father’s dream of coexistence come true. He does this by making himself somewhat of an invisible mercenary, trying to save mutants the X-Men hadn’t gotten.

David turns his Mindscape into a prison to keep all of the alter egos contained which worked relatively well, all things considered

Blindfold, a mutant nearly as powerful and ostracized as he is, seems to have an instinctual connection to him.

She takes refuge in the X-Men mansion/school but the way she speaks, looks, and is unable to restrain herself from reading everyone’s minds makes her a social outcast

And David isn’t having it

The X-Men try to keep Ruth from him but through their mysterious connection Ruth easily enters David’s Mindscape where she is partially able to speak normally, depending on her mood

She is able to get through to him until one of his altars breaks out and attacks her, knocking her out.

David lets the X-Men take the mutant children he had found and secretly follows them back to watch over Ruth who is now comatose. He enters her subconscious and sees her whole life, specifically her bullies

She keeps track of him by following him in her astral body, not understanding quite how powerful he is and that he always knows where she is

He tracks down the radical group her brother had joined and sets out to destroy them and her brother. She “reveals” herself to him telling him to knock it the fuck off.

She makes him promise not to hurt them so he sort of complies by messing with their minds so they will no longer be a threat. David continues on his mission to save mutants and impress Ruth and she continues to be his conscious while they secretly meet on the astral plane

As this is all going on David is trying to deal with what looks like his father’s consciousness personified in his Mindscape jail. The entity does claim to be Charles Xavier and it continually terrorizes all of the alter egos and mocks David, among other things…

The golden pervert, David and Ruth’s inherent connection, and because it’s X-Men everything is leading to a future dystopia where David loses control again but this time destroys everything. Ruth will have to kill him because she’s the only one strong enough and deeply embedded in him to destroy all of the alternate personalities along with David

but David insists that he can change fate. He’s powerful enough and with Ruth as his one that gives him “purpose” he’s pretty sure he can pull it off

But he’s going to do it by changing the will of people that will influence the dystopian future. Ruth argues that it’s immoral, especially to punish people for things they haven’t done yet. It was against Charles Xavier’s dream to force people into anything (although he often did it, unbeknownst to them) but David isn’t empathetic, in fact he already took out Aarkus before asking her permission. Ruth was mad but soon thereafter she sought him out again by using Cerebra

But he had already made a deal with the golden pervert in his brain that in exchange for checking on the future again the pervert could have controlled his body for one minute. (Each of David’s altars personify one of his thousands of powers.) David sees the apocalyptic future he creates and runs off to an ideological facility that “cure” mutants by giving them medication that will give them brain damage, blocking their ability to use their powers. Ruth goes to her peers and the X-Men asking for help to get David out of this but it takes a lot of convincing

David he realizes that although the patients seem to be well their minds are shattered but another apparition of his father appears, reminding him of his failures and making him feel guilty for denying his heritage but David blocks amount and decides to go through with the cure anyway

The operator of the facility reveals himself to be the Red Skull and the one that caused him to see his father because he had implanted Charles Xavier’s brain into himself, hoping the shame of giving up would make David want to fight but David still doesn’t want to

Ruth appears with X-Men she had convinced to come help her save him which is what the Red Skull had apparently been aiming for and the X-Men are live on TV appearing suddenly in what appears to be a peaceful facility to stop a man who admits to being a monster from “rehabilitation” but David had planned on him planning this and uses that moment to bring in a young mutant he had saved earlier. The boy’s ability was that everyone immediately believes anything he says, practically giving him the ability to change reality. Through live TV he convinced everyone watching that the mutants weren’t their enemy. He tries to evoke empathy but that doesn’t work as well

Of course a battle with Red Skull ensues which is when the golden pervert who looks like Charles Xavier comes to take his one minute with complete control of David’s body. He wants Xavier’s brain for himself. 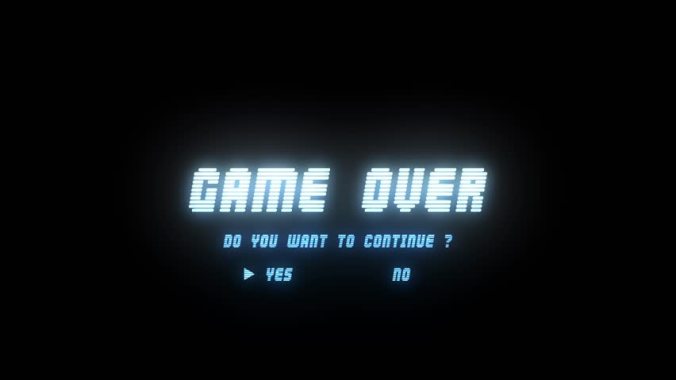